Autism: What’s in a Name?

You may have noticed in last week’s post that I mentioned something called “person-first language,” and “identity-first language.” If your eyes just sort of skipped over that part because you weren’t familiar with the terms, this post is for you! Today I am going to unpack these two terms that are commonly used in the autism community.

Raise your hand if you can tell me what the difference is between saying “Bob has autism,” and “Bob is autistic.”

If you are autistic, or love someone who is, the answer is: a whole lot.

In a nutshell, person-first language always puts the person first or above their disease or disability. For example:
“Bob has autism.”
“There’s a kid in my class with autism.”
“Kimmy suffers from autism.”
“Three of my friends have autism.”

Person-first language is taught to and used by many medical professionals and educators. They are taught this because they are encouraged to remember and recognize that they are, first and foremost, working with a person, not just a disease or disability. They aren’t just treating autism (or cancer, or any other medical condition for that matter), they are treating 5-year-old Michael who loves Legos and watching basketball, or Susan who is a proud soccer mom and never misses a game. The intention of person-first language is to remind everyone to remember and consider who someone is, not just with what they have.

Identity-first language names and emphasizes the disability that a person identifies with. For example:
“Bob is autistic.”
“My son is autistic.”
“An autistic woman spoke at our school.”
“I have three autistic friends.”

At first glance, it appears that this type of speaking prioritizes the disability/condition over the person. It certainly sounds more cold or clinical than person-first language.

There has been no shortage of arguing over which way of speaking is best. While professionals and many parents tend to favor person-first language, many individuals on the autism spectrum actually prefer identity-first language. Here’s why:

Person-first language assumes that that there is a problem to be overcome.
While person-first language was designed to be respectful, it does, by it’s very nature, place a space or division between the person and their medical condition. When we refer to some terrible disease that is destroying a person, such as cancer, this is not a bad thing. We all want that space. We don’t say that “Bob is cancerous.” We say, “Bob has cancer,” or even stronger, “Bob is fighting cancer,” or “Bob is battling cancer.”

Person-first language creates a sort of “them” and “it” image in a person’s mind. It makes the person the hero, and the disease/disability the villain.

Identity-first language recognizes the permanence of a condition.
Person-first language signals that there is a fight between a person and their condition, but what if the condition cannot be overcome? What if you cannot fight it or there is no cure? What if the condition is such a huge part of who a person is that it affects their entire lifestyle? While we would never say that someone is cancerous, we do say that “Bob is blind,” “Bob is deaf,” and “Bob is an amputee.”

It would be absolutely ridiculous to say that a person is battling amputee-ism. There is no battle. It is permanent. It cannot be helped. The person can learn to adapt their lifestyle and go on to accomplish great things as an amputee, but they will always be an amputee. The limb is not growing back. Many people with a permanent, lifestyle-altering condition prefer identity-first language because it recognizes that they are forever changed.

It can be exhausting to fight all the time. As someone with a diagnosis of clinical depression and anxiety, I can tell you that some days I get really sick and tired of battling, struggling with, fighting, and overcoming my constant mental health issues. Some days I don’t want to be a warrior. Some days I just want to make peace with my depression and anxiety so I can just be me for a change, and not some battling hero. Some days I just want to put my mental health issues on a leash and feed them snacks to keep them quiet, so I can go on with my life.

I think perhaps, to some extent, this is how many identity-first autistics feel. They don’t want to fight, or overcome their autism. It is a permanent neurodevelopmental difference, after all. An autistic person can, and many do, learn coping skills and strategies that allow them to survive and thrive in a world that was not built for people who are different. It takes a lot of work to do this, and it’s tiring. Identity-first language, by its nature, gives them “credit” for the work they do. They are autistic, just like someone is blind. It is a recognized disability (or difference, if you prefer) that other people, while they may not be able to relate to, at least recognize, and they understand that there are challenges involved.

Identity-first language builds community.
Perhaps you have heard the terms, “the deaf community” or “the blind community” in articles or on community posters. Being deaf or blind automatically gives you something in common with others who are also deaf or blind. It gives you a solid starting point for connection and community based on shared experience. They even speak your language! (Sign Language/Braille) Many individuals on the autism spectrum crave the same. They just want to come together, not as the lone “different” person in their family, school, or workplace, but as someone who belongs to a community of other people who think and feel the same way as they do. They don’t want to be “that kid with autism.” They want to be “part of the autistic community.”

Which Do I Use?

If you have been reading this blog for awhile, you may have noticed that I try to use identity-first language most often. I do this for one simple reason: the majority of autistic individuals prefer it. I think it would be just plain rude to have someone tell you what they would like to be called, and then insist on calling them something else. In my mind, it isn’t much different from someone introducing themselves as Carol, and me saying, “Mmm… no. You don’t seem like a Carol to me. I will call you Josephine.”

However, I do recognize the tension between the two types of language, and why it can be emotional at times.

When my son was young and facing constant burnout and meltdowns due to his overwhelming sensory issues, when he cried every single day out of frustration because he could not communicate his wants and needs, and when we couldn’t even go out to a restaurant or the grocery store because it was too difficult for him, I absolutely related to person-first language. It was a battle between person and condition. I loved my son with every fiber of my being, and I wanted this disability that was torturing him so badly to go away. (Actually, I wanted it to “piss right off already,” and “burn in hell,” but hey, polite professional author language won that first sentence.)

Things are different now. My son has learned to communicate. We have worked hard with Occupational Therapists to create a calm environment for him that he can relax and recharge in. We have worked to provide the right strategies and tools to help him with his sensory sensitivities. He is happier now that his needs are being met, and he is receiving the accommodations that he deserves. I no longer have such strong, violent feelings towards autism. I no longer feel like he is being tortured by it. Instead, I am getting to know this incredible autistic boy who sees differently than I do, and teaches me so much about life by the way he interacts with the world. I love watching him. I love learning from him. I can’t imagine him any different than he is. He is my son, and I accept the package deal that he and autism are. While sometimes I find myself worrying about the future, and how challenging it will be for him, I no longer feel the need to change him. I want to change the world for him.

I am proud of my autistic kid.

So, at least for now, I use identity-first language. It’s what the autism community has indicated that they prefer, and I can do that out of respect. I also respect my son more than words can say, so someday, when he is able, I would love to ask him which type of language he prefers. I will go with what he chooses.

If you are autistic, or part of another health community, I would love to hear your thoughts in the comments. Do you prefer person-first or identity-first language? 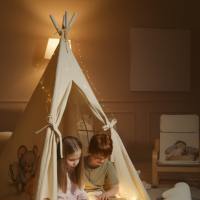