We Need YOU to Tell US

Here’s an exact script of a conversation that I have had a thousand times:

Me: …So yeah, that’s what’s been going on. It’s been really rough.
Them: No kidding! Well, if there’s anything I can do, let me know.

“If there’s anything I can do…” That sentence became the bane of my existence during my hardest years.

I’m not saying it’s bad, or that anyone who says it is bad. I have said it myself many many times. But this blog is about the things I’ve learned through my pain, and this is one of them. “If there’s anything I can do…” isn’t very helpful.

The problem with “If there’s anything I can do…” is that it’s been overused so much that it’s more of a saying than a genuine statement.

“If there’s anything I can do…” has become the “How’s it going?” phrase that everyone just says to hurting people, and only some of the time do they really mean it.

This makes it hard on a hurting person when they really do need help. How many of the 10 people who said it actually mean it? Do they have to just guess? Start calling everyone in turn until someone answers? What?

One time my husband got severely sick and I had to take him to the Emergency Room. I’m sure I was quite the spectacle: supporting my husband on one side, carrying a baby car seat in the other, and keeping the same wrist locked tightly as the “kid leash” wrapped around it tugged in all directions while my special-needs toddler dashed all around us and weaved in and out of our legs.

With my husband checked in, I sat beside him (my leash arm still jerking about) and started calling down my contacts list. Thank God, I only had to go as far as the “K”s before a friend answered and agreed to take my toddler for a playdate as long as necessary. I don’t know what I would have done if she hadn’t.

While I love the heart behind “If there’s anything I can do…”, a bone I have to pick with it is that it puts a lot of work on the person in need.

That’s a lot for someone who is going through an emergency situation and needs help asap.

It’s a lot for someone suffering from grief or mental illness to muddle through when their brain is so foggy.

It’s also a lot for someone who is chronically ill, when it takes most of their day’s strength to make a single phone call.

But you know what? It also doesn’t make it easy on the person who said it. What happens when someone wants to “cash in” on the blank check they were given?

I can tell you what I’ve seen.

I have seen people’s smiles freeze awkwardly as their brains race to debate whether it is easier to say “no” and let someone down, or say “yes” and regret it.

I have seen people insulted when asked to do something they weren’t prepared for that isn’t their cup of tea, like cleaning or moving.

And I have seen people who aren’t “kid people” freeze in terror when asked to babysit.

As I started observing and finding myself in these situations over and over again, I couldn’t help but wonder if there was a better way.

That’s when I started the process of erasing “If there is anything I can do, let me know.” from my vocabulary.

Here are some of the things I have replaced it with:

I’m free Tuesday afternoons, anytime you want to get a coffee and talk this out.

I want to bring you dinner. Does Wednesday or Thursday work better for you?

I’m heading to the store, can I pick up anything while I’m there?

We’re going to the park this afternoon. Could we pick up your son on the way so you can take a nap?

My heart to help didn’t change, just my vocabulary. Telling people what I could do and when I could do it freed me up to plan ahead. It also relieved my friends from that awkward ask. They actually took me up on my offers to help more often because they knew what to expect.

On behalf of hurting people, I ask you to give this a try. Tell us what you are able to do, and when you are able to do it. Not only will your friends know that you are genuinely offering, they will be grateful to stop playing detective and code-breaker when they have other things on their minds.

Has anyone ever had an uncomfortable moment because of an “If there’s anything I can do?” Let’s hear it below! 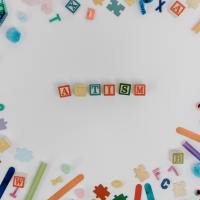